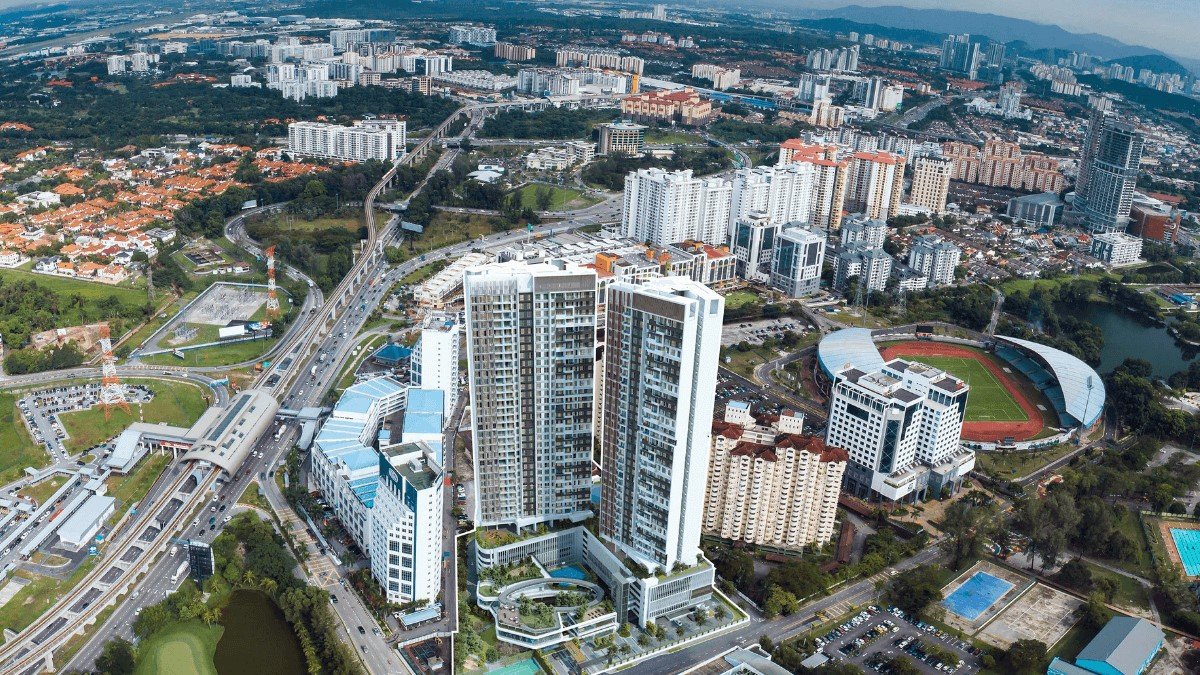 Kelana Jaya is a renowned southern suburb in one of Selangor’s most prominent cities, Petaling Jaya. It prides itself in its’ well-kept greenery, beautiful landed-properties and upscale condominium developments. It was known as Seaport Estate, but according to the National Archives of Malaysia, the late Sultan Salahuddin renamed it Kelana Jaya.

This suburb is around eight square kilometres and covers most of the SS3, SS4, SS5, SS6, and SS7 neighbourhoods. Residential and commercial properties occupy most of Kelana Jaya, allowing its’ residents to enjoy the nearby amenities.

The primary residential areas are SS3, SS4, and SS5. The former two mainly consists of landed properties such as bungalows and semi-Ds. While the latter consists of mixed developments – both landed residential properties and commercial estates.

On the other hand, SS6 is the commercial centre of Kelana Jaya with few residential estates. In contrast, SS7 has a more balanced mix of recreational facilities and commercial and upscale residential properties.

Kelana Jaya’s strategic location makes it easy for its’ residents to get around the Klang Valley. With the Damansara-Puchong Expressway cutting through the suburb, residents can get direct access to a network of highways that can bring you anywhere. Other highways you have access to is the New Klang Valley Expressway to the northwest and the Federal Highway to the south.

Also, don’t worry if you don’t have a car because living in Kelana Jaya without one is a breeze. Kelana Jaya has an LRT station that also functions as a bus and taxi hub in SS4. The LRT can bring you up north to Gombak and down south to Putra Heights.

Kelana Jaya is the haven of recreational facilities. Here you can find the Kelana Jaya Lake Park in SS7, the public swimming pool, and several courts for badminton, futsal and tennis. You name it; they have it.

Many locals enjoy visiting the lake park and participating in recreational activities such as fishing. Even residents of other suburbs will travel to the Kelana Jaya Lake Park during the weekends for a short break from the hustle and bustle of the city. Not to mention, living in Kelana Jaya would give you easy access to the Subang National Golf Club and the Saujana Golf & Country Club.

Furthermore, the Petaling Jaya Stadium, which seats up to 20,000, is located in Kelana Jaya. Lastly, there is the Perbadanan Kemajuan Negeri Selangor Sports Complex too.

Meanwhile, tertiary institutions in the vicinity are Universiti Tun Abdul Razak and Lincoln University College. You can even find the Malaysia Airlines Academy here in Kelana Jaya.

Not only does this suburb provide impressive recreational facilities, but it also has its’ own massive shopping centre in SS7 known as the Paradigm Mall. This mall has its’ own Tesco supermarket, cinema, and plenty of eateries and retail stores. An alternative would be the slightly smaller Kelana Mall. Feel free to explore the other commercial estates such as Kelana Square and Zenith Corporate Park.

Living in Kelana Jaya also gives you quick access to amenities. You can find an alternative to Paradigm Mall’s Tesco supermarket – the Giant Hypermarket conveniently located nearby Paradigm Mall. Here you can easily purchase your groceries and enjoy the respective shops and F&B outlets inside.

In the case of an emergency, you can make your way to the Kelana Jaya Medical Centre in SS3 or other numerous clinics in the area. And like any other prominent suburb in Petaling Jaya, you’ll find a fair share of mouth-watering eateries and restaurants. Check out Kelana Jaya’s hawker centres and food courts when you are in the area. You surely wouldn’t want to miss out!

Looking for tenants for your Kelana Jaya property? Well, ease your renting process with our Rumah-i App! You can list your properties for free, no matter house or room rental. Our app allows you to feature your property’s availability and types, such as a studio unit or master bedroom. By posting on our app, you can also earn Gold coins for any in-app purchase!

← Reasons to Live in Tamarind Square, Cyberjaya Properties for Rent Near the LRT Kelana Jaya Line →