Life in Putrajaya: A City with Magnificent Architecture & Greenery 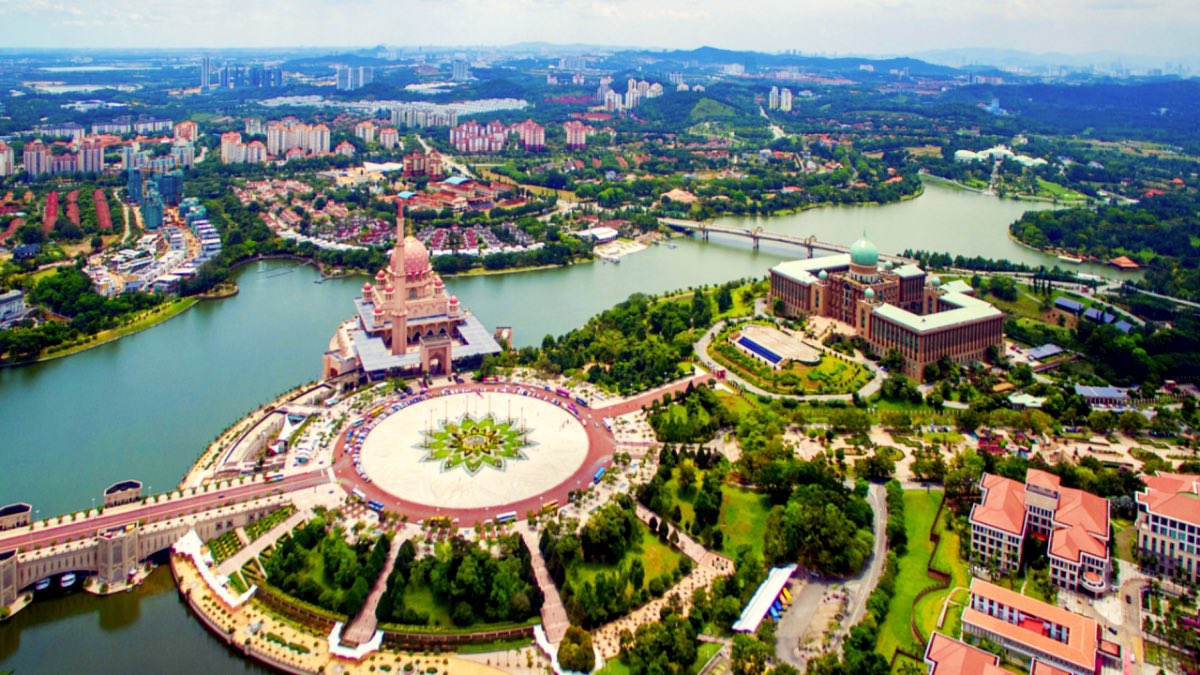 Putrajaya is a dream location for those seeking to live in a futuristic metropolis nestled in nature’s green arms. This innovative city boasts modern architecture inspired by Moorish designs to reflect its Islamic heritage. Residents enjoy an interesting blend of historical and modern vibes mixed with a whole lot of nature.

Now you may know Putrajaya as the new federal administrative center of the Malaysian capital. It was indeed designed to relieve Kuala Lumpur’s over-congested streets.

Currently, over 91,900 civil servants and their families reside in this utopia. However, this city welcomes anyone who would like to live there. Check out this little guide on what life is like in the Intelligent Garden City!

Why Putrajaya is a Green City

Putrajaya is praised for its overall effort to reduce its carbon footprint with smart water management and lighting systems. Furthermore, this intelligent city has started an initiative called Putrajaya Green City 2025. It aims to reduce greenhouse gas emissions by 60% and the city’s temperature by 2°C. If you’re all about saving the planet, it’s a no-brainer to move here.

What Putrajaya Has to Offer

When people think of Putrajaya, the first thing that comes to mind is its many parks. Did you know they have 13? Perhaps you’re picturing the iconic pink Putra Mosque instead. But we promise you that this vibrant metropolis has so much more to offer than just parks and mosques!

While it may be a city, Putrajaya has extreme water sports for thrill-seekers. You can spend a day at Marina Putrajaya to experience a variety of activities like wakeboarding and flyboarding. If you prefer low-key activities instead, you can find them here as well. The center offers karaoke, a sauna, and even a gym!

Fun fact: Marina Putrajaya is shaped like a horseshoe crab to give patrons the best view of the lake from all angles.

Who says you have to explore Putrajaya by walking in the hot sun? Eco Ride Malaysia provides a 10 km guided tour of Putrajaya’s attrations. But tourists do so on individual motor scooters called Segways! It’s safe to say that Putrajaya is the only place where you’re allowed to ride a Segway everywhere. And why not? Not only does it save energy, but it’s also pretty fun too!

Don’t worry, you would go through a training before the tour begins. Segways are suitable for people of all ages. You’ll find segway tourists from 5 years old to 75 years old alike. If you can stand, you can use a Segway. Before you know it, you will be zipping around Putrajaya on two wheels.

It’s true that Putrajaya doesn’t have many malls. In fact, they only have two worth noting. But make no mistake, these malls make up for it by having exciting amenities!

IOI City Mall is one thriving complex that offers patrons a wide variety of things to do. Whether it’s dining at open-air eateries or ice skating on the nation’s largest ice rink, this mall has it all. It is also famous for a dazzling musical fountain show that turns the area into a theater of symphonies at night. If there’s one thing you won’t be doing here, it’s having a boring time.

There are others who need movement to have fun. Well, that’s why this mall has District 21! For those who are not aware, District 21 is an exciting indoor jungle gym for all ages.

With bouldering walls, giant trampolines, slides, and mazes, this place is perfect for team-building and birthday parties. For parents, this could be your chance to have a break while your kids spend all their energy bouncing in this gym.

Note: It may not be a good idea to bring toddlers to the gym. Many activities have a 90cm height requirement.

Putrajaya has clearly set the bar by putting aside 40% of the city just for lakes and parks. Because of this, residents of the Garden City prefer spending their leisure time outdoors. Who would blame them? We would go out more too if there were scenic lakes just outside our backyards.

The Putrajaya Wetlands is the first and largest man-made freshwater wetland. Moreover, UNESCO recognizes it as an Ecohydrology Demonstration Site because it serves both as a natural water filtration system and a breeding ground for wildlife.

If you like watching birds, you won’t want to skip this place. This wetlands is home to many flamingos, swans, and other beautiful birds.

Other parks such as the Equestrian Park and the Botanical Gardens are also worth taking note. They have over 700 species of plants from 90 countries!

The houses in Putrajaya are often charming and comfortable. They have open-concept designs that throw away fences and gates in exchange for sprawling green lawns.

Another reason why residents of Putrajaya love living there is the low crime rate. At only 22%, it is indeed one of the safest cities in the country. It’s not utopia unless you can walk down the streets without fear.

For healthcare, Putrajaya offers hospitals that have state-of-the-art facilities. The Putrajaya Hospital, in particular, was accredited by the Malaysian Society for Quality Health.

Next to the hospital is the National Cancer Institute, which provides specialized diagnosis and medical care. Look no further than this impressive institute for your radiotherapy, oncology, and palliative care needs.

Notable universities include Heriot-Watt University and John Hopkins University. Apart from these, there are also many government-owned institutes to choose from.

Getting Around in Putrajaya

It’s easy to get around the city without encountering traffic. After all, there are 9 bridges linking all the precincts in this metropolis. Find out the different ways you can use to get from point A to point B.

You can rely on a few highways to travel to and from Putrajaya. Federal Highways 29 and 30 flank this city while SKVE is at its north. Towards the northwest region, is the Lebuhraya Damansara-Puchong (LDP) highway.

Fun fact: Putrajaya has the world’s largest roundabout. It’s located on Persiaran Sultan Salahuddin Abdul Aziz Shah, one of the 8 main roads in Putrajaya. This roundabout has a diameter of a whopping 3.5 km! While it may not be fun if you’re in a rush to drive home, it sure makes for an interesting drone shot.

If you want to travel by train, the only direct rail connection is the KLIA Transit. It’s accessible through the Putrajaya Sentral transportation hub, connecting KL Sentral, BTS, Salak Tinggi, and KLIA 1 and 2.

Hence, you can say goodbye to waking up at ungodly hours just so you won’t miss a flight. In general, a trip to the airports only takes about 20 minutes!

Living up to its reputation, this green city even has electric buses, while others use natural gas. You’ll find those and regular bus services like RapidKL all around this clean city.

Putrajaya has cycling lanes everywhere in this city. The residents of Putrajaya can actually cycle to work or run errands without wasting precious car fuel. Besides, it’s better for the environment too!

As you may expect, the Putrajaya Cycling Club is very popular. It has about 1000 members. If you’re a cycling junkie, you may want to move here for this active community. There’s nothing quite like biking around town while enjoying nature with friends.

Are you enchanted by this magnificent city? Feel free to browse our list of Putrajaya properties for sale and rent with the Rumah-i app. Living in a green metropolis paradise may just be a few taps away!

← Why is Sales and Purchase Agreement (SPA) Important for Homebuyers in Malaysia? Top Refurbishment Ideas to Increase the Value of Your Rental Properties →