Living in Bandar Utama: A Residential Township of Affluence 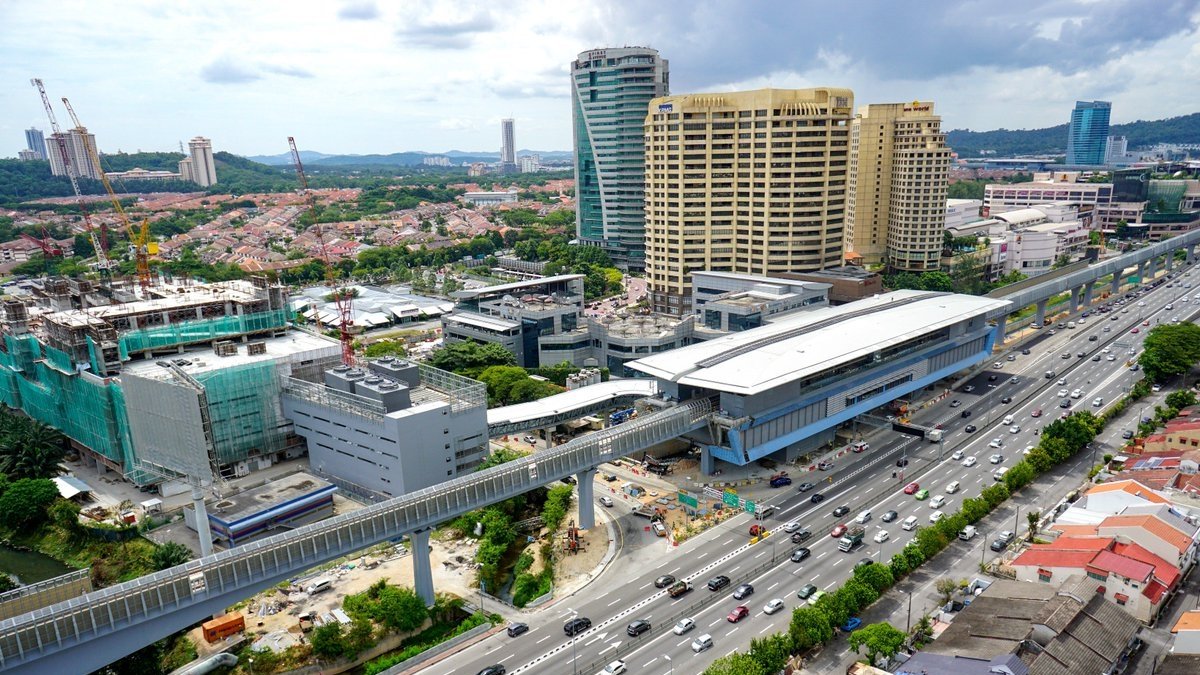 Bandar Utama is an esteemed township in Damansara, Petaling Jaya. Spanning around 1000 acres, the developers divided it from BU1 to BU12. Its neighbours include renowned townships like Kota Damansara and TTDI.

Three decades ago, Bandar Utama was only a palm oil estate with 100 occupants. However, See Hoy Chan Holdings Sdn Bhd started developing the land in the early 1990s. With the opening of TV3’s broadcast centre in 1996 and 1 Utama Shopping Centre in 1995, the township gradually grew into the affluential township today. The median price for Bandar Utama is now at RM675 psf.

Bandar Utama is well connected via highways and expressways as a mature township. You can enter the township via the NKVE and LDP.

It is a transportation hub with major bus terminals that connects the township to the rest of the Klang Valley. For instance, the Bandar Utama MRT station will bring you to the Kuala Lumpur metropolis, while the LRT 3 Line connects Bandar Utama to Klang.

Bandar Utama offers access to plentiful amenities. The two commercial complexes available are 1 Utama Shopping Centre and the Centrepoint Bandar Utama. The former offers 700 outlets, including international brands, arcades, and cineplexes. In comparison, the latter provides a more neighbourhood friendly alternative. It is a smaller and cosier shopping complex catered for office workers and students.

If that’s not enough, you can head over to the next town, Mutiara Damansara, where you’ll find the Curve mall and an IKEA outlet. For your groceries, there is AEON and Cold Storage.

There are also three national primary schools, four secondary schools, an international school, and a private tertiary institution. What’s more, Bandar Utama has a community centre located between BU6 and BU3. It includes a basketball court, several badminton courts, and a community hall.

Moreover, there is a membership-based recreation club named The Club. It offers three tennis courts, an Olympic size swimming pool, a grand ballroom, and so on for its members.

The Effingham is a guarded and gated villa neighbourhood with three-story-high bungalows. It offers nine different units, the smallest unit stands at 5,654 square feet, and each unit has at least seven bedrooms and seven bathrooms. This development targets the high-income group, starting at around RM4.8 million to RM9.7 million.

Meanwhile, there is 9 Bukit Utama, a freehold condominium with 911 units. Like The Effingham, 9 Bukit Utama targets the high-income group with a median price of RM565 psf. It sits on a 7.5-acre land with a build-up size starting from 2,286 square feet. It also offers facilities such as a clubhouse, gym, and tennis court.

Any Selangor or Kuala Lumpur resident can’t deny that Bandar Utama is a mature and prominent township that offers comfort and convenience. With institutions and commercial areas just within reach, this township boasts 60,000 occupants.

And so, if you are a landowner looking to list your Bandar Utama property, you can download our Rumah-I for easier management. Tenants looking to live in Bandar Utama are welcome to hunt for your dream home on the app as well. Download the Home Renting App on Google Play or the Apple Store.

← Coliving in Malaysia: Living Together in a Socially Distanced World Things to Do in Penang: 10 Must-Visit Attractions →