Things to Do in Penang: 10 Must-Visit Attractions 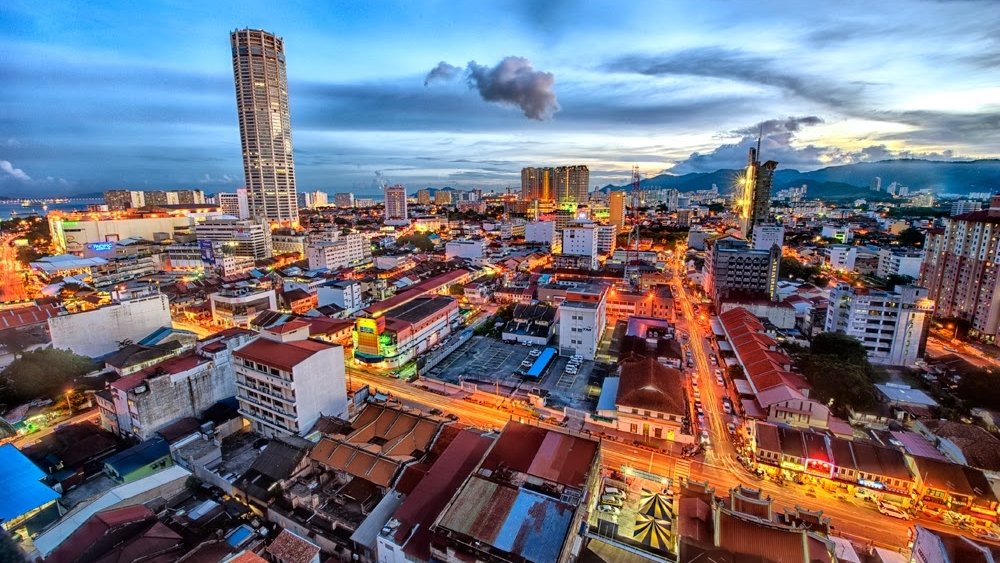 Penang is a tourist favourite destination, a state filled with heritage buildings seeped in culture and history. You will find architectural masterpieces like the Cheong Fatt Tze Mansion and the Khoo Kongsi and natural landscapes like Penang Hill and Penang National Park.

What’s more, UNESCO has deemed George Town a historic city with a unique architectural and cultural townscape. And so, it might be hard to navigate and decide what things to do in Penang. So, here are 10 must-visit attractions you can’t miss out on.

The Habitat on Penang Hill provides an authentic and educational experience of the Malaysia rainforest that is a 130-million years old. Their Naturalists will take you through the 1.6km long Nature Trail, where you will meet flora and fauna home to the Habitat.

Lastly, you can’t miss the Curtis Crest Tree Top Walk. It stands 800m above sea level, and with this height, you can enjoy a 360-degree panoramic view of the island, including George Town.

One of the things to do in Penang that you can’t miss out on is visiting the street art. The most prominent artist would be Lithuanian-born Ernest Zacharevic. You can even take a tour of his street art across George Town.

His famous works are Boy on a Bike, a mural on Ah Quee Street, Little Children on a Bicycle on Armenian Street, and Reaching Up, a mural on Cannon Street. Penang Street Art never fails to attract tourists and even locals to wait in line for a picture.

This temple houses over 10,000 Buddha statues, a seven-tiered pagoda, and a 37-meter-tall bronze structure of the Buddhist Goddess of compassion, Kuan Yin. Furthermore, 100 more miniature sculptures of the Goddess surround the main one.

Kek Lok Si Temple boasts beautiful images of Buddha and exquisite carvings, murals, and sculptures. It also houses temple halls, gardens, pagodas, and archways. The temple is a centre of Buddha teaching that attracts Buddhists from Southeast Asia, but it is also a heritage site that practices traditional Chinese rituals.

Penang National Park might be the smallest in Malaysia, but it houses over 400 different plant species, offers fantastic hiking trails, and has secluded beaches for you to enjoy.

You can enjoy boat cruising along the beaches or stroll along the canopy walkaway. Some trails thread through the forest and while some go along the coastline towards the Muka Head lighthouse. At the lighthouse, you’d be 227 metres above sea level, a great height to enjoy a panoramic view.

At Penang National Park, you can observe faunas like the Black Giant Squirrel or the White-bellied Sea Eagle. Meanwhile, you can visit the Turtle Conservation Centre to see Green Sea Turtles and Olive Ridley Turtles.

The Pinang Peranakan Mansion is a typical home of a well-off Peranakan. Peranakans are also known as the Babas and Nyonyas. This mansion offers visitors a glimpse into their daily life, customs, traditions, and culture.

The Pinang Peranakan Mansion was built in the 19th century, and it houses over a thousand pieces of antiques, which are on display. This mansion has a mix of Chinese carved panels, European art, English tiles, and Scottish ironworks.

Amongst the things to do in Penang, visiting the Cheong Fatt Tze Mansion, also known as the Blue Mansion, is at the top of the list. It is one of George Town’s most historic buildings. The mansion was designed with the consultation of a Feng Shui master – a rarity as many were interested in Anglo-Indian Houses.

The Blue Mansion is the only other mansion of its kind to exist outside of China. This mansion has five courtyards and building materials shipped from Southern China and Scotland.

In 2000, the Cheong Fatt Tze Mansion was awarded UNESCO’s Most Excellent Project in the Asia Pacific Heritage Award.

Khoo Kongsi is a distinct Chinese clan association known for its extensive lineage. It came about 650 years ago and was part of olden Penang’s five major clans. These clans were the foundation of Penang’s Hokkien community.

Khoo Kongsi is famous for its architectural features. You will find stone carvings, divine guardian statues, ceramic sculptures, and incredible paper lamps here. The Khoo family had commissioned artisans from China to build this phenomenon.

A kongsi is essentially a clan house where Chinese families of the same surname congregate together to worship their ancestors.

The Clan Jetties make up a significant historical area of Penang. The Clan Jetties was built in the 19th century, and it is a waterfront village of houses built on stilts over the water. It formerly consisted of 7 jetties, but one was unfortunately destroyed in a fire, leaving six left. It is one of the last Chinese settlements on Penang.

The Clan Jetties had initially been a simple structure inclusive of a warehouse used to load materials. Gradually, each jetty became homes to certain clans of Chinese descendants. These are still homes to each respective clan and are considered private property. So, be mindful when visiting and taking pictures.

A memorable thing to do in Penang is to see the sunrise and sunset over the water.

Fort Cornwallis is the largest surviving fort in Malaysia and one of the oldest historical sites in Penang. Many of its original structures, such as its outer wall, cannons, prison cells, and chapels, remain.

It was Captain Francis Light that ordered the erection of Fort Cornwallis. Its original purpose was to serve as a defensive structure against pirates or the French. However, it served as a more administrative function instead.

Batu Ferringhi Beach is arguably Penang’s most famous beach. You can either access it through hotels, restaurants, or beach bars built along the coast. High-end hotels like Shangri La Rasa Sayang and Golden Sands Resort occupy most of the strip, but you can always opt for public ones.

You can enjoy various water sports activities on the beach, such as banana boat rides, parasailing, and kayaking. Or even horseback riding!

Now that you know which sites to visit, it’s time to plan your Penang trip! We hope this article helped decide on your itinerary and you can enjoy the island like a true Penangite.

If you are a landlord with property in Penang or a tenant looking for accommodations in Penang, download the Rumah-i’s Home Renting App on Google Play or Apple Store.